It's worth a look.

Mostly oriented toward, or originating from, Morse Code:
http://www.hamuniverse.com/qsignals.html 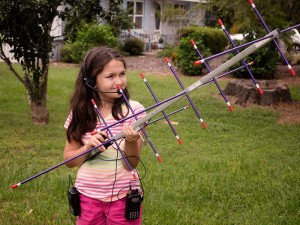 Nine years old...and  has already had her first satellite QSO. According to the FCC database, she earned her first Ham license in March of 2015 (at age 8?), and currently holds a General class ticket.

Time to start thinking about http://www.hamvention.org